We have heard the term BULLYING a lot in recent weeks,  So what exactly does the word mean? A Bully is a person who uses strength or power to harm or intimidate those who are weaker….So naturally when we see this term we automatically associate it from a physically confrontational perspective; However, I find that there is far more BULLYING  going on than some of us might care to admit. It happens EVERYWHERE, in the work place, among family members, and IN THE CHURCH WORLD. You see, I have noticed that if people in power are not able to make someone do what they want or become their yes-man, [ I always envision the queen from coming to america when I talk about YES people]  lol,  then they often times will go to great extremes to discredit you, block promotions, kill your influence and make you feel WEAK & INADEQUATE. It’s a sad day that we are in when you have what it takes to become successful, but you have some unsung hero still carrying a grudge from elementary school about people not letting them play freeze tag or something, who when they finally do get BIG enough to have some authority, they abuse it like the angry little unpopular kid they still are, I call them Biggie Small, Big mouths with small minds ….They have a Saul mentality, angry because though you aren’t the one with power, money, like him the people are praising your achievements,because you are a natural, born to perform, flowing with ease… So now their mission in life is to throw javelins at you and try setting you up with the Michal’s of their house in hopes they can dissuade your friends and embrace your enemies, Listen,   Meeker isn’t always Weaker, and Stronger doesn’t always last longer…One day that Bully is going to have to face the  truth and acknowledge that though they have the place, YOU have the purpose, and refuse to be intimidated. So what you won’t open a door if I don’t bow to you Nebuchadnezzar or perhaps you will close it in your hot displeasure, truth is, if you are such a tough guy, why am I such an issue for you? want to know why? Because BULLY’S no matter what facet they dwell in or who they may be, really are COWARDS. Most of them  have low- self esteem and were just born awkwardly bigger, so they use their SIZE (prominence) to intimidate others, but they have no real fight, and most of them have been given their place of position, paid their way, either way, You are the real threat with having none of those obvious things in tow, so they dangle opportunities in your face just to maintain control over you, The truth is, they fear ever having to really face YOU, full of self assurance, natural finesse, integrity, and resilience…. You see, Bully’s get old (phased out, shrink with age) at some point, and they know this, but what they don’t realize is that time has a tendency of allowing GROWTH spurts (maturity, wisdom, strength)  and just any day now, that Bully won’t be so big anymore, as a matter of fact, they are merely midgets with oversize egos….But you, refuse to put on the armor, and carry the sword, you’ve got enough of what you are made of to defeat every giant and obstacle that tries to hinder you, hurry now ! Although there may be the stench of  yesterday’s sheep’s pen on you, and your sparring partners may have only been the lion and the bear, you’ve got more in your heart than any BULLY you may be facing has in their hand. Get ready to be what they hoped you’d never BECOME…. 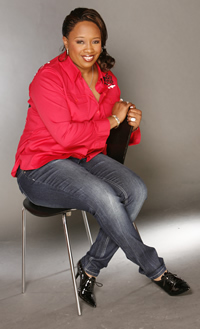